Believe it or not, I did cool stuff before I owned LivinDeliberately.com. A lot of cool stuff actually. I have really great parents who were and are very against using the TV as a babysitter, and used their precious weekends to get me and my siblings out into the world to see cool stuff. Every once in a while I’ll stumble across a great memory and wish I could go back and re-experience it. So that’s just what I’ll be doing with this series. Old memories, with a fresh take. From the California coast to the Maine woods, the Florida Keys to the Georgia hills, all those memories that happened before Livin’ Deliberately, but shaped it greatly.

We moved to South Florida when I was in middle school, in 2008 or 2009 I believe. The main thing in Florida for me was (you guessed it) baseball. However, when I think of Florida now, I don’t think of the run down fields of Hialeah or playing against and with guys that are now in the pros or championships or really anything baseball related. I think of the Keys.

The Florida Keys start about 15 miles south of Miami, extend out to a point where they’re only 90 miles from Cuba, and take up only about 153 square miles of land. They take up about a massive amount of space in my family’s daydreams though.

We went to the Keys for the first time when I was a freshman in high school with way too much hair and way too little of an appreciation of nature. It was impossible not to love the Keys though. We made the two hour drive over the 127-mile, one lane Overseas Highway all the way down to Key West. For lifelong Jimmy Buffett fans like my parents this was more then a weekend trip, this was a pilgrimage. We payed homage at The Original Jimmy Buffett Margarita Cafe, wore goofy parrot masks, and heard “Cheeseburger in Paradise” several dozen times while eating cheeseburgers in paradise. After dinner we went full-blown Key West tourists, walking through Mallory Square during the nightly Sunset Celebration, which features street vendors, performers, food carts, and a heavy state fair vibe without the seediness of a state fair. There was a whole market just for sponges. We saw Interstate 95’s Mile 0 marker, saw a guy juggle flaming torches, and visited the southernmost point in the country.

It was awesome, but it was only just the beginning of the Neville love affair with the Keys.

What cemented my love for the Keys went down on our next trip. We camped on Long Key, right on the white sand with the most crystal blue water you’ve ever seen ten feet away. And all it cost was under $50 for a tent site and the gas to make the two-hour drive there.

So many cornerstone memories happened on that first trip and over the numerous camping trips we took until moving to Georgia in 2013. Here are some of my favorites;

I could go on and on, and if you asked my mom for some memories she could go on even longer. I didn’t even mention the time it rained so hard we had to sleep in the minivan because our tent flooded.

My obsession with the outdoors and adventures wasn’t an overnight development. It was a series of events that gradually built up to what it is today. No one event is more important than the other, however it’s fair to say that the Florida Keys form the bulk of the foundation.

Below are some photos my mom took across our various trips. She’s said for the last couple Christmas that “next year we’re doing Christmas in the Keys” and I believe she’ll talk my dad into it eventually. And when Colleen and I go on our Great American Road Trip later this year, our first stop is already penciled in as the Keys. Can you really blame us? 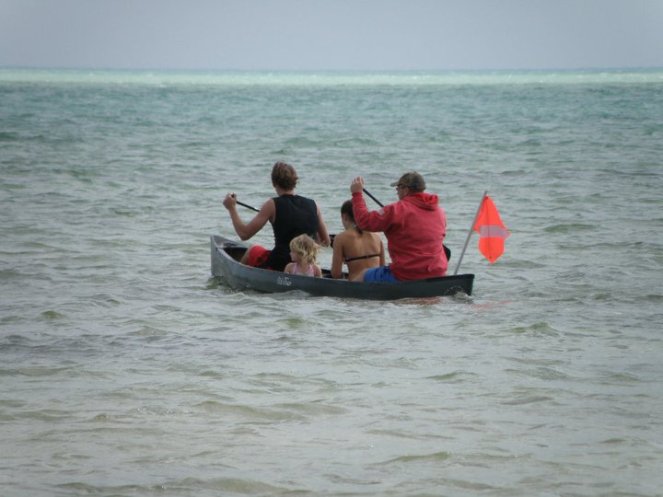 Off on a Lobster Hunt 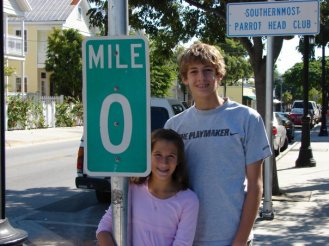 Look at the Hair! Total Playmaker.

Southernmost Point in the U.S.. Also highest contrast of dudes in orange shorts.

My mom taught me to take great photos, this is one of her best.